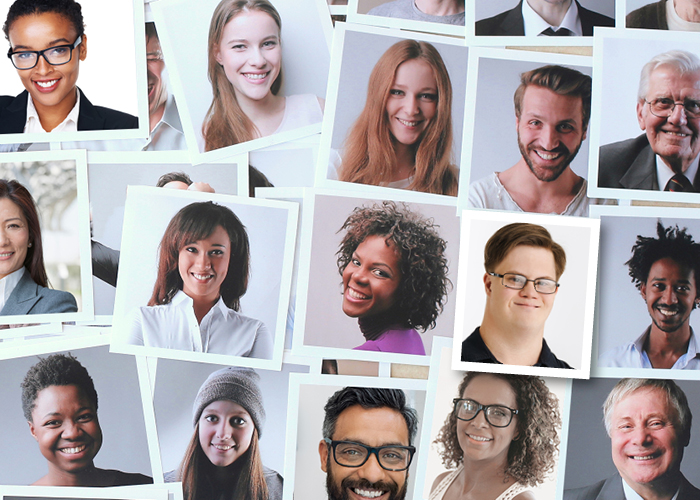 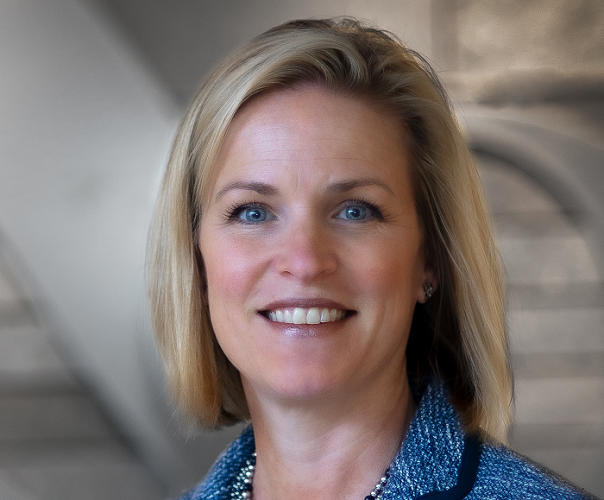 Alethia Baggett manages ABA’s human resources policies, services and programs. Prior to joining ABA, Alethia served as the director for Freddie Mac’s single-family business. Prior, Alethia was a director of human resources at Chamberlain Edmonds, an Atlanta-based healthcare company, and she served as director of administration for the network services division of Ascent Media Group. In 2014, Working Mother Magazine nominated Alethia as a Working Mother of the Year. She holds a bachelor’s degree from the University of West Georgia. 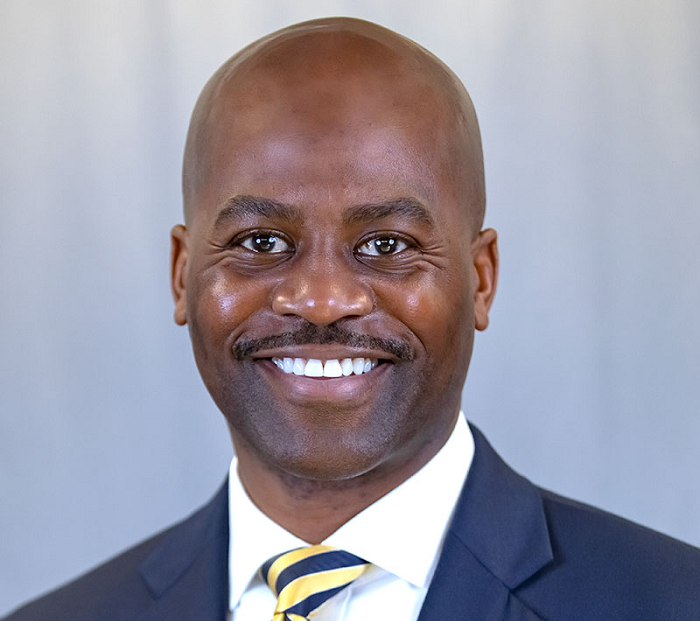 Anthony L. Jenkins, Ph.D., became the eighth President of Coppin State University (CSU) on May 26, 2020. A respected higher education leader, he is an advocate committed to creating opportunities for all students, especially those from underrepresented communities. Through collaboration with students, faculty, staff, alumni, and the Baltimore community, President Jenkins is positioning Coppin State University to become a national leader in urban higher education that transforms the lives of students, from all backgrounds. Coppin State University is recognized, nationally, for its healthcare, business, psychology, criminal justice, teacher education, social work, and STEM academic programs. President Jenkins has expanded the academic portfolio by developing and implementing new, high-demand academic program offerings focused on entrepreneurship and innovation, health information management, data science, molecular biology and biochemistry and polymer and materials sciences.

He earned a master’s degree from North Carolina Central University and a doctorate from Virginia Tech. President Jenkins is the first graduate in the history of Virginia Tech’s Higher Education and Student Affairs (HESA) doctoral program to become a college or university president. 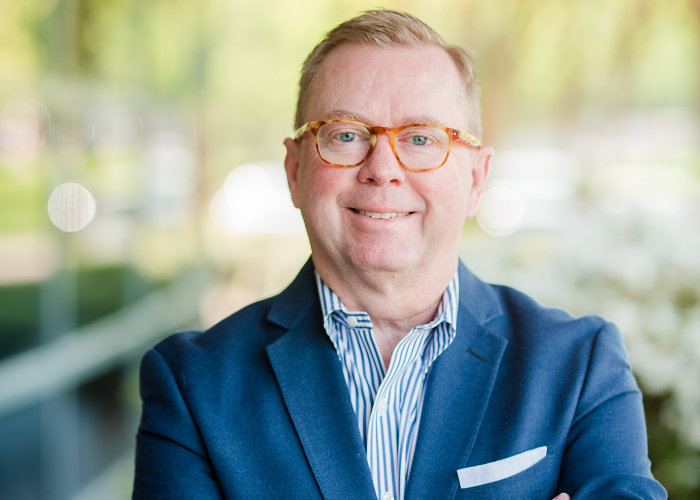 Following a 10-year career in retail and commercial banking, Bruce joined the Virginia Bankers Association in 1993, serving as executive vice president before his current role. Bruce served on ABA’s Regulatory Reform Task Force during the 2008-2009 financial crisis and served as an ABA Board member and chairman of the Alliance of State Bankers Associations. He has served on the ABA Community Bankers Council and the ABA Government Relations Council. Bruce is a director of United Methodist Family Services in Richmond, VA and the Virginia Council on Economic Education. He also serves on the Board of Trustees at Ferrum College. Bruce received his bachelor’s degree from the College of William & Mary, his MBA from the University of Richmond and is a graduate of the Virginia Bankers School of Bank Management. 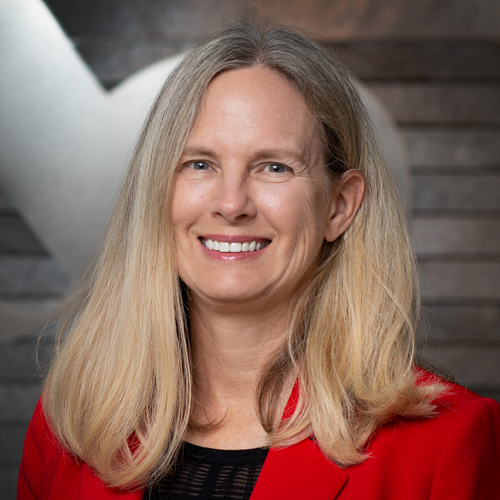 Cathy Nestrick is the Senior Director, Women’s Leadership Initiative & DEI for the American Bankers Association. She is responsible for providing guidance and thought leadership, developing resources and tools, and helping women bankers and allies work towards the advancement of women.

Before joining the ABA, Cathy was the Vice President and General Counsel of Berry Global where she provided legal support and founded Berry’s Office of Diversity and Inclusion. Her educational background includes a law degree from Indiana University and a Certificate in Diversity, Equity, and Inclusion in the Workplace from the University of South Florida. Cathy is a frequent speaker and moderator about women’s leadership and men as allies, and she is a co-host of the Parity Podcast focused on accelerating gender parity. 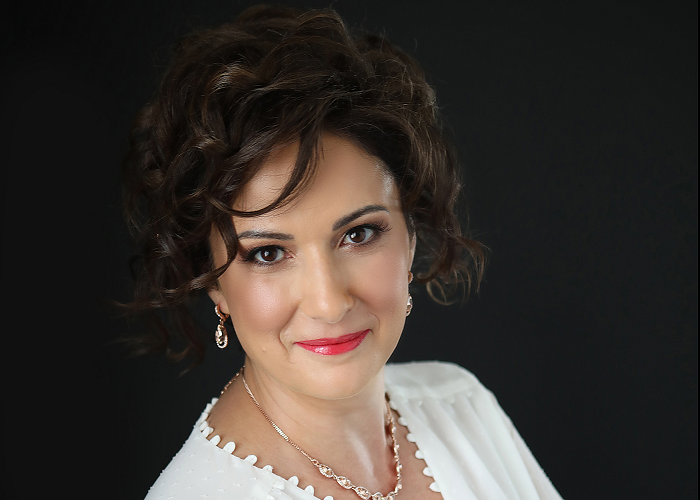 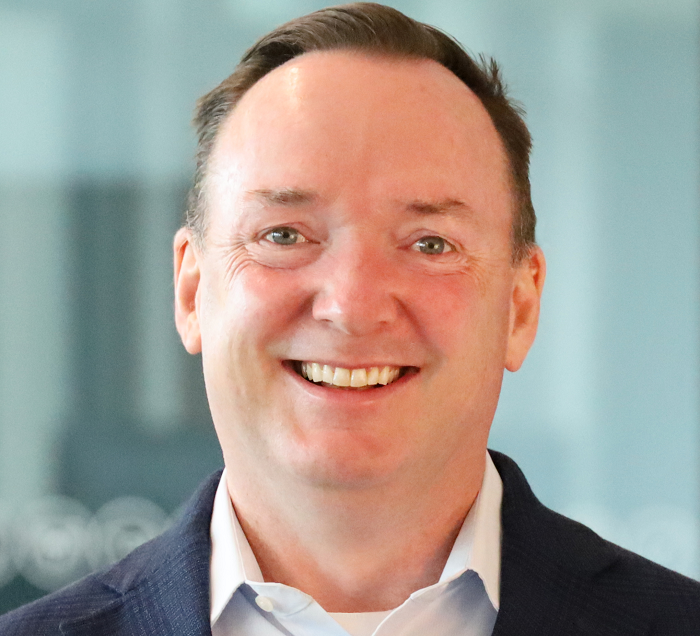 Jim started his professional career with an internship on Capitol Hill. He transitioned into legal recruiting, working at Williams & Connolly LLP and Fannie Mae. Jim worked at the Wequassett Resort & Golf Club in Harwich before transitioning into banking. He joined Cape Cod 5 in 2018, working in the Bank’s Management Trainee program before taking on his current role. Jim serves as treasurer on the board of drectors at Pause-A-While Inc. and as a steering committee member for the Barnstable High School Business Innovation School. Jim is a graduate of Catholic University in Washington, D.C. and the New England School of Finance. 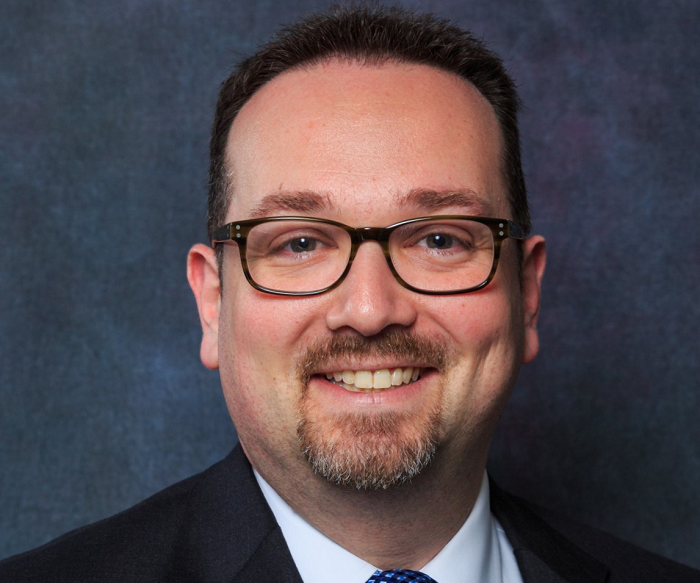 Jonathan serves on the Virginia Commonwealth Commission on Diversity, Equity and Inclusion. In 2016, Jonathan spoke at the inaugural White House Summit on Diversity and Inclusion in Government. He has served as a member of the Virginia Commission on African American History Education, the Virginia Complete Count Commission, the Leadership Metro Richmond Board of Directors and the Capital Area Partnership Uplifting People Board of Directors. Jonathan is a graduate of the University of Richmond, and he received a Certificate in Nonprofit Executive Leadership from the Center on Philanthropy at Indiana University. 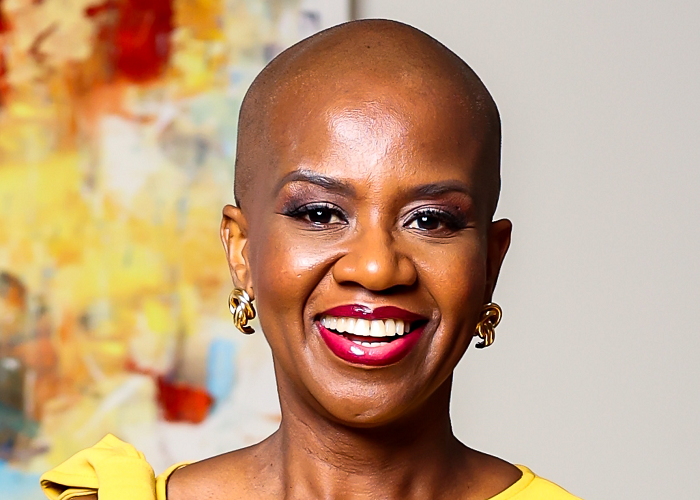 Karen Hinds is the author of Get Along, Get Ahead: 101 Courtesies for the New Workplace; Networking for a Better Position & More Profit; and A Young Adult’s Guide to the Global Workplace. She is a contributor to The Hartford Business Journal, The CIM Toronto Manager, The Boston Globe, and Black Enterprise. Karen has worked with Caribbean Development Bank and Dods Training from the United Kingdom, facilitating leadership programs with government leaders from the Caribbean and South American nations. She earned a BA in Political Science and Spanish from Bowdoin College, and was a recipient of the National Thomas J. Watson Foundation Fellowship grant. For 15 years, Karen wrote a business column for an international newspaper and hosted a global women and girls leadership conference. 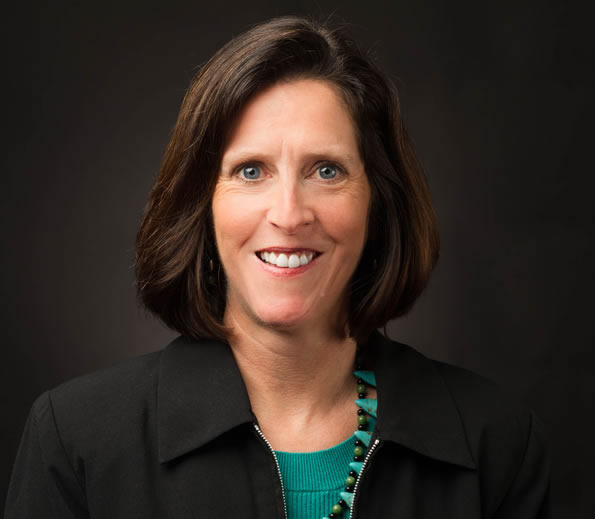 Karla is an innovator who delivers differentiated brand strategies and mission-critical results using traditional and online/social media marketing, as well as non-traditional grassroots marketing tactics throughout the top 30 U.S. markets and emerging markets. As a multicultural specialist, she has worked in total market and Hispanic markets developing in-culture brand engagement for many Fortune 500 companies, government agencies and nonprofits. Karla has specific expertise in launching new products, propelling existing brands into new markets and revitalizing lagging brands with category experience in financial services, transportation, education, cause marketing, energy/telecom and packaged goods. Karla is a frequent contributor to the Marketing Insider column at MediaPost. 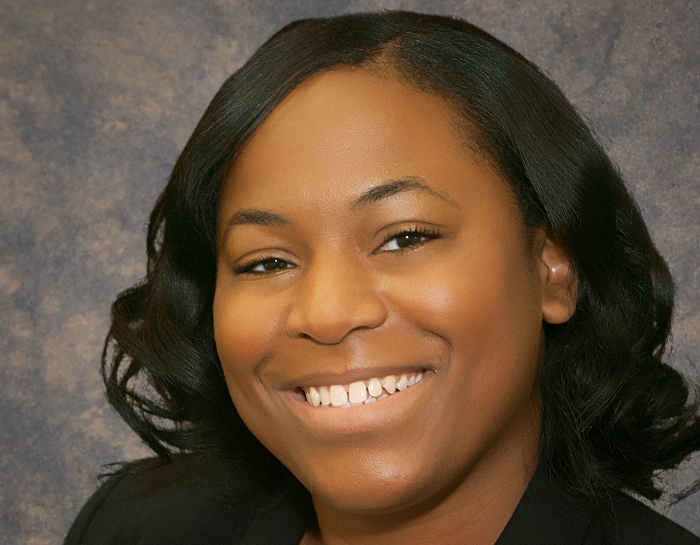 Markeia Johnson is Assistant Vice President at Primis and manager of Primis Works--a program for single mothers designed to take financial apprenticeship and life skills to the next level through classroom education, mentorship, and job-specific training of departments. A former Business Development Manager, Markeia’s expertise is working with affluent and start-up businesses, and specifically women entrepreneurs. She is an experienced leader and financial connector in the banking industry, with a passion for assisting business owners, bringing their dreams to reality. 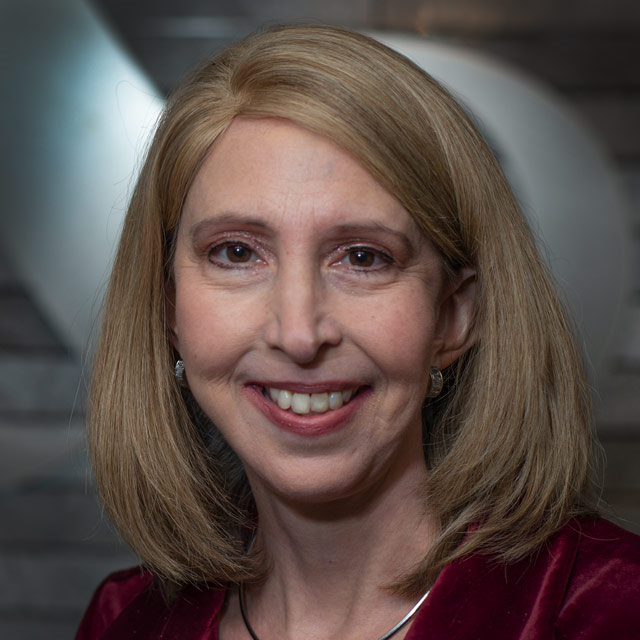 Naomi came to ABA after she transitioned from a military career where she served as an Assistant Professor in the Department of English and Philosophy at the United States Military Academy and in the Pentagon running the Army’s gender integration and religious accommodation programs. Her educational background includes a doctorate in Literary Studies with a minor in Gender and Women’s Studies from the University of Wisconsin-Madison and an Executive Certificate in Strategic Diversity, Equity and Inclusion Management from Georgetown University’s Institute for Transformational Leadership. She is the author of the academic monograph, Toward Utopia (2015) and a forthcoming book on DEI. 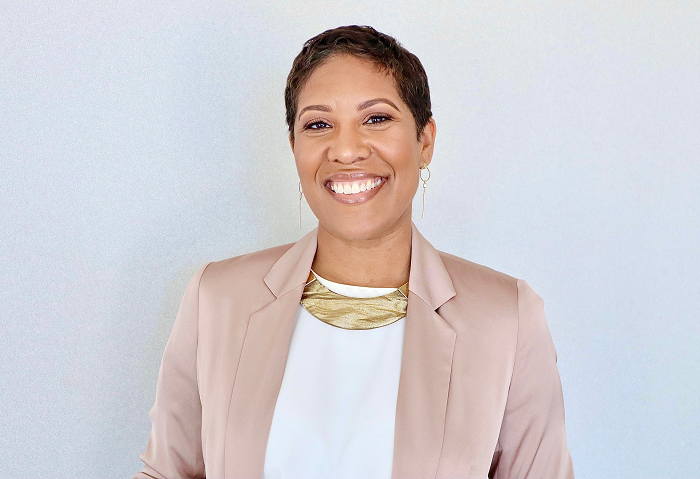 Nicole A. Elam, Esq. joined the NBA in May 2021 from JPMorgan Chase & Co. where she was vice president and government relations manager. Prior, she served ITT Educational Services, Inc., leading its government and external affairs strategy. Nicole also worked as a senior director at Ice Miller Strategies LLC. Nicole was an attorney at Akin Gump Strauss Hauer & Feld LLP., and a law clerk at the NAACP Legal Defense and Educational Fund. Nicole worked as communications director at the Black Leadership Forum and as a legislative assistant at the NAACP Washington Bureau. Nicole received her JD, cum laude, from the Howard University School of Law where she was solicitations editor of the law review, and her BA from DePauw University. 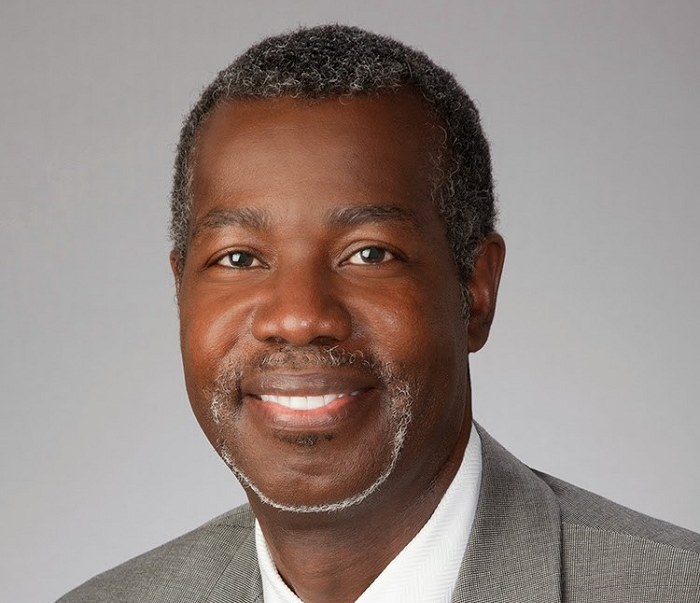 Richard H. Harvey, Jr. is principal of R Harvey Associates, LLC. in addition to his role at Beneficial State Bank. Prior, Richard served as the general counsel and CCO for World Open Network. He has been the CCO for Colonial Savings, F.A., and for two start-up fintechs. Richard graduated from the Catholic University of America Columbus School of Law. He served as an enforcement and litigation attorney before serving as CCO and CPO at Chevy Chase Bank. Richard was director and CCO of E*Trade Bank, and first VP, regulatory analysis manager at Washington Mutual Bank. In 2004, he joined Silicon Valley Bank serving as the Director of Compliance, CRA and Regulatory Relations. Then, he served as a SVP and CCO for Rabobank, NA. He served on the CFPB Community Bank Advisory Council, and earned ABA’s Distinguished Service Award.

Rob Nichols is the president and CEO of the American Bankers Association, which represents banks of all sizes and charters and is the voice for the nation’s $23.7 trillion banking industry.

Rob’s earlier career highlights include working as communications director to the late U.S. Senator Slade Gorton and Press Secretary to the late Rep Jennifer Dunn, a former member of the House leadership, and in the West Wing as an aide in the Office of the Chief of Staff in the George H.W. Bush administration.

Rob is a recipient of the Alexander Hamilton Award, the highest honor of the U.S. Department of the Treasury. He also is consistently ranked as one of Washington’s Top Lobbyists by The Hill and was described as one of the “new generation of trade group CEOs” by The Washington Post.

In 2020, Rob was elected to serve a three-year term as chairman of the International Banking Federation, whose members include the national banking trade associations representing every major financial center. As chairman, Rob works with IBFed members to develop international consensus on critical issues, actively engaging with international standard setters and global supervisory bodies on issues that affect banks across borders and around the world. 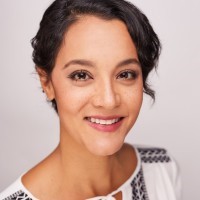 Prior to starting her corporate career at JP Morgan Chase & Co, she worked in community and non profit organization focusing on the arts and community outreach. She obtained her Bachelors of Psychology from Franklin University.

She is passionate about her community, her wonderful daughter and two beautiful cats. 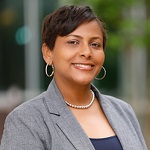 Tamika Brewer-Johnson is the Head of Teammate Engagement and Senior Vice President at Atlantic Union Bank where she leads a team of Human Resource professionals, partners with senior leaders on aligning human capital needs with business strategy and leads and champions diversity, equity and inclusion efforts. Tamika has over 20 years of human resources experience which includes 17 years in the financial industry. She is a graduate of Virginia Commonwealth University and holds two certifications as a senior HR professional and a Diversity, Equity & Inclusion in the Workplace certificate from University of Florida Muma College of Business. Tamika recently joined the State Board of Virginia Center for Inclusive Communities.

Get updates on the Diversity, Equity and Inclusion Summit as we develop the program. Contact Naomi Mercer if you have any questions.