The American Bankers Association (ABA) appreciates the opportunity to comment on the Exposure Draft,Proposed Accounting Standards Update—Targeted Transition Relief for Topic 326, Financial Instruments—Credit Losses. The ED is intended to provide targeted transition relief for ASU 2016-13 (“CECL”) adoption,principally to allow entities to mitigate the need to account for similar assets under two different bases:amortized cost and fair value. Dual measurement would occur at the adoption of CECL because certainentities will choose to account for certain asset classes using fair value via the fair value option (“FVO”)rather than subject the assets to CECL, which is required under amortized cost accounting. The ABAsupports the proposed one-time irrevocable FVO election at adoption, as it gives entities the opportunityto reduce dual measurements for loans and receivables. ABA believes this will increase comparability andhelp simplify CECL adoption, which will reduce costs of implementation.

FASB’s decision to exclude held-to-maturity (“HTM”) securities from fair value elections allowed underthe ED will mean transition relief is not extended to all asset classes in the scope of CECL. We acknowledgeallowing FVO election for HTM securities creates additional accounting complexities the FASB would needto address, such as where FVO-elected HTM securities should be carried on the balance sheet, appropriateclassification of unrealized gains and losses in the income statement, and whether subsequent sales ofthese HTM securities should be allowed. Also, for HTM securities where fair value is below amortized cost(“underwater securities”), FVO election provides entities with the ability to permanently capture theunrealized losses on these underwater securities at adoption in retained earnings as part of the cumulativeeffect adjustment. The Center for Audit Quality provided guidance about this during April 2007, as part ofadoption of Statement of Financial Standard No. 159.

We believe the FASB should provide transition relief by allowing a one-time ability to transfer securitiesout of HTM at adoption of ASU 2016-13. Transition relief for HTM securities is important because entities are prohibited from transferring or selling HTM securities under ASC 320-10 (outside of certain specified circumstances that do not apply). Without transition relief, entities will be unable to take action to mitigatethe costs and other impacts of CECL.

Likewise, the dual measurement fact pattern the FASB is providing transition relief for under the ED couldalso exist within securities portfolios. For example, an entity may have previously classified a certainsecurity type as HTM but because of CECL, would now classify new purchases as AFS. Thus, whiletransition relief proposed in the ED specifically excludes securities, the conceptual arguments for providingrelief are the same.

Allowing a one-time ability to transfer securities out of HTM at adoption of ASU 2016-13 would providetransition relief, as it would reasonably accommodate realignment of securities portfolios for CECLadoption. The Board has provided certain one-time elections to transfer HTM securities as part of adoptingother new standards, such as Statement of Financial Accounting Standards No. 133 (addressing derivativesand hedge accounting) and Accounting Standards Update 2017-12 (targeted improvements to accountingfor hedging activity). These previous one-time elections to transfer HTM securities were responsive to thefact that new accounting guidance may cause entities to reconsider the strategy/composition of their HTMsecurity portfolios and CECL may cause similar reconsiderations.

Allowing HTM transfers at adoption avoids the concerns described above related to fair value election.Transferring the securities out of HTM prevents the accounting challenges described above and is generallywell understood under current guidance. Furthermore, the guidance in ASC 320-10-35-10 requirestransfers between classifications to occur at fair value and unlike FVO election, would not provide theopportunity to permanently capture unrealized losses on underwater securities to retained earnings. If anunderwater security is transferred from HTM to AFS, the unrealized loss at transfer would be recorded toother comprehensive income (“OCI”), no different than unrealized gains/losses that occur after the transferdate. What this means is the unrealized loss at transfer date would ultimately be reclassified out of OCIand into the income statement, for example, if the security was ultimately sold at a loss.

Thank you for your attention to these matters and for considering our views. Please feel free to contact me([email protected]; 202-663-5318) if you would like to discuss this in more detail. 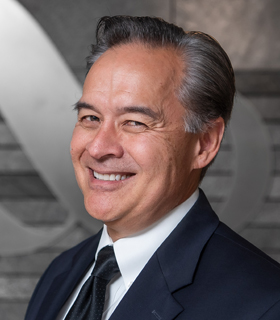 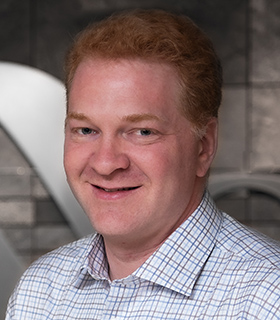