As we described in previous comments, ABA supports the final QM rule, which establishes an expanded definition for Qualified Mortgages, and we believe that the new framework will advance the Bureau’s objectives of increasing access to responsible, affordable mortgage credit while also assuring that consumers remain fully protected under Ability-To-Repay (ATR) principles. That final rule reflects recommendations advanced by an exceptionally broad and diverse coalition of consumer advocates, civil rights organizations, lenders and other financial service stakeholders. The objective of that coalition was to reach agreement on a QM solution that balances risk, promotes responsible market competition, and most importantly, opens the door to broader access to sustainable credit for all populations. ABA believes that the final rule was well vetted, thoroughly considered and remains the best path forward to achieve these important objectives.

Via separate comment letter submitted into this docket, ABA is again signing a letter with most members of this diverse coalition to affirm our joint belief that the recent enhancements to the General QM definition are sufficiently robust and able to sustain full market operations, even as the temporary GSE-based “Patch” expires. That coalition letter concludes that it is unnecessary to extend the July 1 mandatory compliance date, as proposed in this rulemaking. This is an important point and one that the Bureau must consider in determining whether implementation deadlines are to be extended—the clear and sensible reforms contained in the new General QM provisions are endorsed by a very broad consensus of interests, is more inclusive of the types of communities the Bureau wants to see served, and America’s banks are confident that they can continue, and even expand, lending operations to meet the needs of an evolving housing market, without delays.

With this letter, we also note our members’ concern that the proposed extension could foster disruptive market confusion and complicate bank compliance efforts considerably. Our members warn that the system adjustments required to comply with the proposed extension will require additional training, LOS adjustments, secondary market integrations, and amendments to policies and procedures.

To be more precise, any postponement of the compliance date would disrupt and retard the efforts currently underway by third parties and internal staff to redesign QM compliance systems. All stakeholders are working diligently to meet the July 2021 timeframe, and interruptions so close to the deadline will confuse, and possibly freeze, these processes. Training schedules and delivery dates are now being set, and postponements will infuse considerable doubts about the timing and substance of the final rule.

This concern is exacerbated by preamble statements that the Bureau may initiate further rulemaking to reconsider aspects of the General QM Final Rule. When the final rules were announced in January, banks responded promptly and diligently to operationalize the changes. Given the magnitude and expense of implementation, banks and other stakeholders are likely to experience severe hardship in recalibrating plans and managing the altering timeframes and multiple paths to compliance in light of the fact that the Bureau is contemplating more changes. In short, there is real concern that compliance will become severely tangled and costly, and will divert crucial resources from other needs (such as COVID servicing) until there is further assurance that the new rules are the definitive law and compliance timeframes are closed.

Finally, we observe that the new General QM Rule was finalized after more than two years of intense deliberations, and was developed under a thorough administrative process that comports fully with the Administrative Procedures Act. This process began with a detailed assessment by the Bureau of the effectiveness and historical impact of the original Ability-to-Repay and Qualified Mortgage Rule. This assessment was itself subject to notice and comment from the public. The Bureau then issued advance notice of proposed rulemaking (ANPR) that solicited feedback on multiple possibilities for revision of the General QM definition. After this robust preliminary information gathering, the Bureau issued a proposal that included and sought public comment on rule details and extensive data regarding the proposed changes. We believe that reevaluating the rule is unnecessary, would injure the public trust, and infuse process uncertainty regarding future advancements of this complex, yet crucially important law.

In conclusion, we urge that the Bureau avoid any unnecessary delays in the implementation process concerning these important Ability-to-Repay regulations. ABA’s members are efficiently advancing towards full compliance by the July 2021 timeframe.

Thank you for the opportunity to comment on this Proposed Rule. If you have any comments or questions about the content of this letter, please contact the ABA’s Rod Alba at 202-663-5592 or Sharon Whitaker at 202-663-5321. 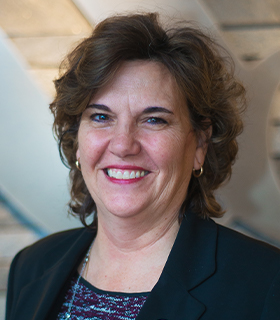