Find Your Future in Banking

Meet some of today’s bankers and hear what they love about their different roles and working in banking.

Find Your Future in Banking

Eight bankers working at banks across the country discuss their different roles and why they all love banking.

Silvia holds a leading role in bank corporate communications at First Horizon National Corp in Memphis, a turn in her career path she did not see coming.
Watch the Video

Ashley is part of a new generation of bankers bringing innovative technology solutions to customers every day. Her work at Eastern Bank in Boston keeps them on the cutting-edge. Watch the Video

After serving his country in the U.S. Army, Julio took a chance on banking at Windsor Federal in Connecticut. He quickly demonstrated all the problem-solving skills he learned in the military, becoming one of the youngest officers in the bank’s history. Watch the Video

Brian says entering banking was one of the best decisions he ever made. As a top executive at Fifth Third Bank in Cincinnati, banking gives him the chance to positively influence the lives of customers and the communities they live in. Watch the Video 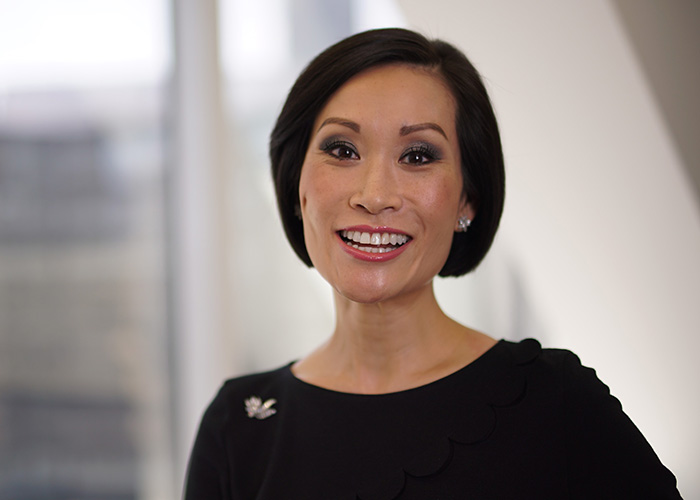 After seven years in investment banking, Ida switched gears and brought her business skills to the fashion industry. While forming relationships with designers from all over the world, Ida found herself constantly being asked for investment advice. She pitched the idea of a fashion, retail and entertainment practice to Citi, and her two worlds came together. Today she runs Citi Private Bank for North America. Watch the video

Tyler transitioned to banking after serving in the military and a stint as a lawyer. Now the former Army Ranger helps FNBO clients in rural Illinois achieve their goals. For Tyler, success is seeing a customer’s new building or tractor and knowing he helped make that happen. Watch the Video

Tabatha runs Vault 405, an innovative co-working space Citizens Bank of Edmond offers to its small business customers. With the bank’s help, local entrepreneurs like a grocery store and a security company can learn, grow and innovate together in this community space. Watch the Video

Tashawn is a customer service leader at Chelsea Groton Bank in Connecticut who began his career as an intern and continues to add new roles and responsibilities. When he’s not working for the bank helping his customers, he’s trying to qualify for the Olympics in boxing. Watch the Video

An overview of tools and techniques to analyze and improve a bank's financial performance.