Rob Nichols is the president and CEO of the American Bankers Association, which represents banks of all sizes and charters and is the voice for the nation’s $23.7 trillion banking industry.

Rob’s earlier career highlights include working as communications director to the late U.S. Senator Slade Gorton and Press Secretary to the late Rep Jennifer Dunn, a former member of the House leadership, and in the West Wing as an aide in the Office of the Chief of Staff in the George H.W. Bush administration.

Rob is a recipient of the Alexander Hamilton Award, the highest honor of the U.S. Department of the Treasury. He also is consistently ranked as one of Washington’s Top Lobbyists by The Hill and was described as one of the “new generation of trade group CEOs” by The Washington Post.

In 2020, Rob was elected to serve a three-year term as chairman of the International Banking Federation, whose members include the national banking trade associations representing every major financial center. As chairman, Rob works with IBFed members to develop international consensus on critical issues, actively engaging with international standard setters and global supervisory bodies on issues that affect banks across borders and around the world.

Rob serves on the Board of Governors of FARE (Food Allergy Research & Education) and is a Corporate Advisory Council member at the Children’s National Hospital.

Rob is a graduate of the George Washington University. 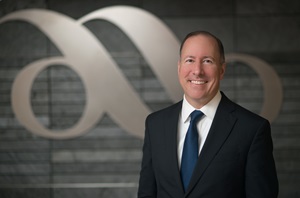