Peter Cook joined ABA in April, 2017, as executive vice president and chief communications officer. As leader of the communications group, Cook is responsible for the association’s public relations, member communications and brand marketing departments, as well as the ABA Foundation. He and his team provide strategic communications counsel to ABA’s leadership and member banks across the country.

Cook came to ABA from the Department of Defense, where he served as Assistant to the Secretary of Defense for Public Affairs and Pentagon Press Secretary. In this dual role, Cook was the principal advisor to the secretary of defense on all public outreach, communications, and media relations, and also served as the chief spokesperson for Secretary of Defense Ash Carter and the U.S. military. Cook managed a public affairs organization of 2,000 personnel that provided a wide variety of multi-media information on DoD operations around the world as well as internal communications to more than three million U.S. service members, civilian employees and their families. His work took him to Iraq, Afghanistan and almost every country that hosts U.S. troops.

Before joining the DoD, Cook spent more than two decades in journalism, working most recently as chief Washington correspondent for Bloomberg Television where he covered the White House, Congress, Treasury and the Federal Reserve for the business news channel. During that time, he covered three presidential elections, the Gulf Coast’s recovery from Hurricane Katrina and the 2008 financial crisis. His reporting took him to China, Saudi Arabia and a host of other countries. Prior to Bloomberg, Cook worked for NBC News and MSNBC and covered the Pentagon during the start of the Iraq war. Cook started his career in local television, winning awards for his work as an anchor and reporter in North Carolina, Virginia and Idaho.

A native of Washington, D.C., Cook is a graduate of Duke University and Northwestern University’s Medill School of Journalism. 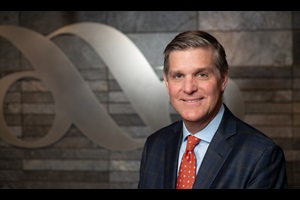