Prior to joining the ABA in June of 2018, Naomi spent 13 years as a managing director at JPMorgan Chase in a variety of roles. As head of federal government relations from 2005 to 2012, Naomi was responsible for leading and expanding the firm’s engagement with Capitol Hill and the administration during a time of significant change to the banking policy and regulatory landscape. She also served as head of consumer public policy and ran JPMorgan Chase’s Office of Nonprofit Engagement.

From 2001 until 2005, Naomi was the Democratic staff director of the Senate Subcommittee on Financial Institutions for Sen. Tim Johnson (D-S.D.).

Naomi also practiced tax and financial services law at the Washington law firm of Wilmer, Cutler & Pickering, and was associate tax counsel at the Investment Company Institute, the national trade association for the mutual fund industry.

Naomi holds a J.D. from Harvard Law School, a master in public policy from Harvard's Kennedy School of Government and a B.A. from Columbia University. She serves on the boards of the Cities for Financial Empowerment Fund, Temple Sinai of Washington, D.C., and the Gendler Grapevine Project. In April of 2021, she was selected to serve on the FDIC’s Advisory Committee on Economic Inclusion (ComE-In). Naomi is a native of Andover, Mass., and lives in Chevy Chase, Md., with her husband and three children. 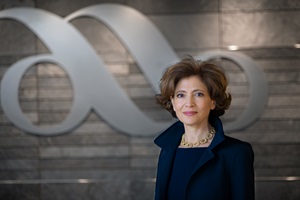