Laena Fallon serves as senior advisor to ABA President and CEO Rob Nichols. In this role, she has oversight responsibilities for the internal and external functions of the association, particularly those concerning communications, political engagement and policy.

Prior to joining ABA in 2016, Laena was the vice president of communications for the Financial Services Forum, a non-partisan financial and economic policy organization. She joined the Forum following eight years on Capitol Hill, serving as the communications director and press secretary for former House Majority Leader Eric Cantor (R-Va.) and communicators director and press secretary for former Sen. Judd Gregg (R-N.H.).

Laena is a graduate of Saint Anselm College. 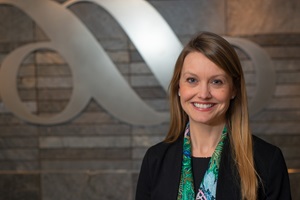