Prior to joining ABA, Alethia served as the director for Freddie Mac’s single-family business, overseeing division-level business management functions, communications, learning and development, and human capital strategy across the unit’s 2,000 employees. Before joining Freddie Mac, Alethia was a director of human resources at Chamberlain Edmonds, an Atlanta-based healthcare company, and she served as director of administration for the network services division of Ascent Media Group.

In 2014, Working Mother Magazine nominated Alethia as a Working Mother of the Year, noting her efforts to ease the transition for new moms in the work place. A native of Jacksonville, Fla., she holds a bachelor’s degree from the University of West Georgia. She currently resides in Alexandria, Va., with her family. 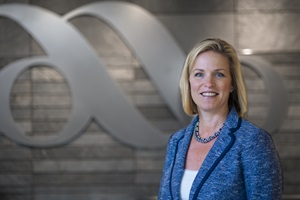