The American Bankers Association (ABA) appreciates the opportunity to comment on the Financial Crimes Enforcement Network’s (FinCEN) proposed rule for a beneficial ownership registry that will identify who must report, what must be reported, and when it must be reported.  The Corporate Transparency Act (CTA), part of the Anti-Money Laundering Act of 2020 (AMLA), requires FinCEN to create a registry of the beneficial owners of many of the legal entities established under the various state laws in the United States.

This proposal is the first in a series of three regulations designed to establish the registry. The second rule, to be issued in the future, will determine access to the registry while the third regulation will, as required by the statute, update the Customer Due Diligence (CDD) rule that currently requires banks to collect beneficial ownership information on their legal entity customers. Separately, FinCEN also is developing the necessary infrastructure to collect and secure the data.

This proposed rule is part of the Biden Administration’s efforts to combat corruption. In drafting the proposal, FinCEN has sought to minimize the burdens on reporting companies, and the agency estimates the average cost for reporting to be $50. Requiring entities to report this information and providing access to authorized users is intended to help combat corruption, money laundering, terrorist financing, and other illicit activity. The ultimate goal is to expose shell companies used to shelter illicit money. The proposal is designed to collect accurate, complete, and highly useful information for law enforcement and other government authorities as well as address deficiencies identified by the Financial Action Task Force (FATF), Congress, law enforcement, and others.

Since 2000, Treasury, including FinCEN, has been working to raise awareness of threats created by anonymous shell companies. In 2006, FATF issued a mutual evaluation of the United States that criticized the country’s lack of a central registry of beneficial ownership information as a serious AML deficiency. In 2010, FinCEN and the banking agencies issued guidance to clarify expectations for collecting beneficial ownership information on certain customers under then-applicable CDD expectations. In 2012, FinCEN initiated a rulemaking that culminated in the 2016 CDD rule which took full effect in May 2018. When FinCEN finalized that rule, Treasury recommended that its companion piece would be the creation of a beneficial ownership registry. Meanwhile, in 2016, a second FATF mutual evaluation again found that lack of a central beneficial ownership registry was one of the fundamental gaps in the U.S. AML system. After much discussion and hearings on Capitol Hill, Congress adopted the AMLA, including the CTA, on January 1, 2021.

While FinCEN has not been able to determine a precise estimate, the number of entities that are likely to have to report numbers is in the tens of millions. Most states do not require beneficial ownership information and little to no control information. Access to that information would enhance the ability of law enforcement and government authorities to protect the financial system from illicit finance and would impede the ability of bad actors to hide the proceeds from their illegal activities.

ABA has long supported the establishment of a beneficial ownership registry. However, since this is only the first of a three-part regulatory scheme to implement the beneficial ownership registry,  several banks have pointed out that until the access regulation has been implemented and the CDD rule has been updated, it will be difficult to assess how these reporting requirements fit with bank responsibilities. Therefore, it is difficult, if not impossible, to determine whether this proposal meets the Congressional expectation for FinCEN to take steps to eliminate duplicative requirements and to reduce burden.

Our members note the differences between this proposal and the existing CDD rule and expressed concern about the burden of reconciling those differences. Banks will need to take extensive steps to update systems and procedures – and training – to reflect the new requirements. This will be a major undertaking that will divert resources from other efforts, undermining FinCEN’s goal to encourage effectiveness and efficiency.

In addition, we recommend the following: 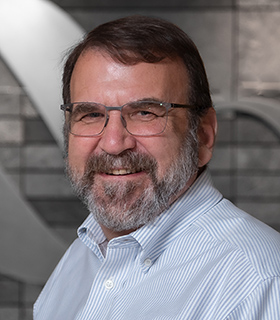