Letter to FDIC on Guidelines for Appeals of Material Supervisory Determinations

Re: Guidelines for Appeals of Material Supervisory Determinations

We, the undersigned banking trade associations, write to collectively voice our concern with the FDIC's recent decision to summarily eliminate the Office of Supervisory Appeals ("the OSA") and reinstate the agency's Supervision Appeals Review Committee ("the SARC"). The Associations strongly object to the FDIC's decision on substantive and procedural grounds. Not only do we believe the SARC is a flawed forum and decisionmaker for the intra-agency supervisory appeals process, but the agency's announcement of this decision without any prior notice to the public or opportunity to comment fails to take into account fundamental due process rights.

On December 6, 2021, the FDIC issued a Financial Institution Letter (FIL-77-2021) announcing that the OSA is now fully operational, and that the revised Guidelines for Appeals of Material Supervisory Determinations are fully in effect (the "Appeals Guidelines"). Only five months later, and notwithstanding the FDIC's multi-year efforts to establish, fund, staff, and operationalize the OSA, and the public's submission of comments two years ago that overwhelmingly supported the creation of the OSA as an alternative to the SARC, the FDIC Board eliminated the OSA. The OSA was disbanded by summary agenda vote at the Board's May 17, 2022 meeting without substantive discussion and without providing any advance public notice of its intended action. These actions are inconsistent with the "Trust through Transparency" initiatives the FDIC championed in recent years and are a significant and troubling departure from the FDIC's historical practice of promoting open dialogue through the notice and comment process, irrespective of administration. Furthermore, the FDIC's decision to eliminate the OSA, only five months after its implementation, and reconstitute the SARC was effective immediately and did not afford the public any opportunity to supply comments in advance. The FDIC opened this comment period to solicit feedback from the public only after the change had taken effect.

Plainly stated, opening a public comment period following an effective date does not appear to be a reasonable attempt to encourage input from all affected sources and take such feedback into account, especially in the absence of exigent circumstances that warrant immediate agency action. Nevertheless, the Associations strongly encourage the FDIC to reconsider its decision to eliminate the OSA. 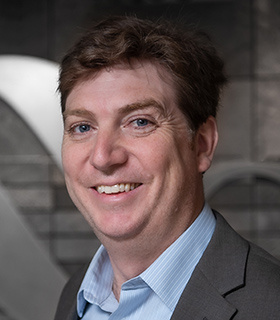