During the meeting, the Associations emphasized their continuing support for the adoption of SIP Code 608 to provide immediate notification of analytics-based blocking and that SIP Code 608 could be implemented without the need to encrypt information regarding the blocking entity through the "J-Card." The Commission should encourage the prompt development of a SIP Code 608 standard without the J-Card. The Associations also updated Commission staff on our ongoing communications with ATIS and the SIP Forum NNI Task Force ("Task Force") as they work toward developing standards for immediate notification of callers that their calls are being blocked.

Those communications with the Task Force included the attached letter that identified criteria for any enhancement of SIP Code 603. In sum, to the extent the Commission continues to allow use of SIP Code 603 to provide immediate notification of blocking, we requested that the Commission require terminating providers that block calls in the network using analytics to transmit an enhanced version of SIP Code 603 ("SIP Code 603+") that conforms to the criteria the Associations have identified in the attached letter sent to the Task Force. Implementation of this criteria would better ensure that transmission of the 603 code provides actionable, real-time automated notifications to callers that their calls are being blocked in the network through the use of analytics.1 We urged the Commission to condition any adoption of SIP Code 603+ on the implementation of the criteria set forth in the attached letter and on real-world testing to ensure that the standard can be reasonably implemented.

The Commission initially required terminating providers to provide notification of analytics blocking through use of SIP Code 608 as defined in documentation issued by the standards-setting body Internet Engineering Task Force ("IETF"). The requirement to use that code responded to the Associations and others concerns and was consistent with the requirements of the TRACED Act that blocking entities provide transparent and effective redress. Following concerns that SIP Code 608 could not be implemented by the Commission's January 1, 2022 deadline, the Commission allowed providers the flexibility to use SIP Code 603 as an interim solution "during the finalization of and transition to SIP Codes 607 and 608."

Importantly, in the Sixth Further Notice of Proposed Rulemaking ("Sixth Further Notice"), the Commission continued to recognize the importance of uniform and standardized notifications. In seeking comment on finalizing and implementing notification standards, the Commission expressed its belief that SIP Code 608 remains "the best long-term solution for immediate notification." The Commission "encourage[d] standards-setting bodies to finalize their work and provide time for voice service providers to implement, test, and refine internal systems needed to return codes 607 and 608."

Comments in response to the Sixth Further Notice expressed concerns that simply sending a 603 response code would create confusion because that code is defined in the IETF documentation to indicate that the call recipient declined the call, not that the call was blocked in the network using analytics. These concerns persist. Without additional functionality, SIP Code 603 does not provide "clear[] and distinct" notification of analytics-based call blocking. That concern appears to be broadly shared, as reflected by the Task Force's efforts to develop an interim SIP Code 603+ standard that would specifically indicate network-based analytics blocking and identify the blocking entity.

The Associations continue to believe that it is premature to abandon work on developing a 608 operational standard. At the same time, we have been informed that standards-setting bodies are advancing a 603+ standard and have prioritized its completion ahead of the 608 standard—even though the Commission has not approved 603+ as a permanent solution, and despite the Commission's expectation that development of 608 proceed with all deliberate speed. While we oppose any effort to delay development of 608, we have nevertheless initiated a dialogue with ATIS and the SIP Forum to provide constructive feedback, including input on the functionalities necessary to produce a potentially actionable 603+ standard.

Accordingly, on May 16, 2022, the Associations sent to the Task Force the attached letter identifying eight specific functionalities or features that are critical to providing an effective 603+ notification. Among those functionalities and features are that 603+ must: (1) utilize a standardized word or phrase indicating that the call was blocked in the network based on analytics; (2) provide a standardized format for identifying the blocking entity; (3) be machine readable; and (4) consider the costs of modifying or reprogramming caller equipment so that it can receive the notification and act on the notification through automated processes. 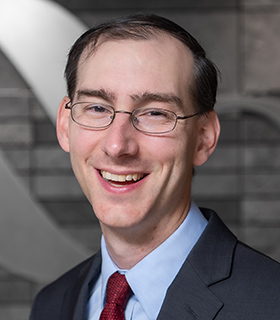