Letter to FCA on the Proposed Loan Policies and Operations Rule

The American Bankers Association ("ABA") appreciates the opportunity to comment on the Farm Credit Administration’s ("FCA") Proposed Rule published in the June 16, 2022, Federal Register regarding loan policies and operations to increase direct lender associations’ Young, Beginning, and Small farmer and rancher ("YBS") activity and reinforce the supervisory responsibilities of the funding banks (the "Proposed Rule").

The Farm Credit System ("FCS"), created by Congress in 1916 to provide American agriculture with a dependable source of credit, consists of 4 banks and 69 associations, regulated by the FCA. The four banks lend to the associations, which in turn lend to U.S. farmers, ranchers, and other eligible borrowers. The Farm Credit Act requires each FCS bank to direct each association board to have a program for serving YBS farmers and ranchers.

Despite an explicit statutory mandate, FCS institutions have not done nearly enough in recent years to support and encourage YBS farmers and ranchers. From 2016 to 2017, new loan volume and the number of new loans to YBS farmers and ranchers dropped across all categories. In short, FCA must use whatever means are at its disposal to hold FCS institutions accountable for providing credit and other related services to these particularly vulnerable populations.

ABA supports the objectives of the Proposed Rule, including (1) increasing direct lenders' YBS loan activity, (2) reinforcing the supervisory responsibilities of the funding banks, (3) requiring each direct lender association to adopt an independent strategic plan for their YBS program, and (4) providing elements for the purpose of evaluating the year-over-year successes and shortfalls of each direct lender association's YBS program. Given the magnitude of FCS institutions' charge to extend credit and other services to YBS farmers and ranchers, ABA urges FCA to approach each objective with more than incremental progress in mind. FCS institutions' accountability to FCA and service to YBS farmers and ranchers should be paramount.

Accordingly, the framework for accountability laid out in the objectives should be fully strengthened and interpreted by FCA to ensure the greatest level of accountability is sought and required.

ABA agrees with FCA that there remain opportunities for further improvement to FCS institutions' performance in providing credit and services to YBS farmers and ranchers. In general, ABA applauds FCA's decision to require associations to report on past performance. This commonsense requirement is long overdue. 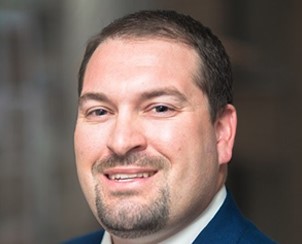