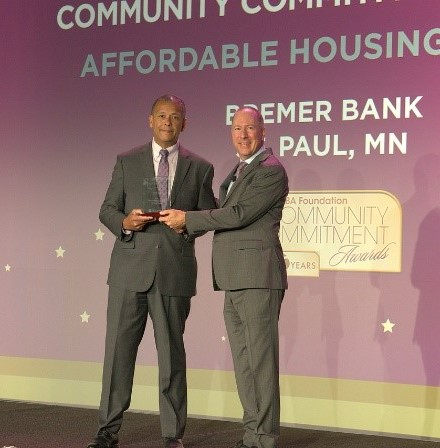 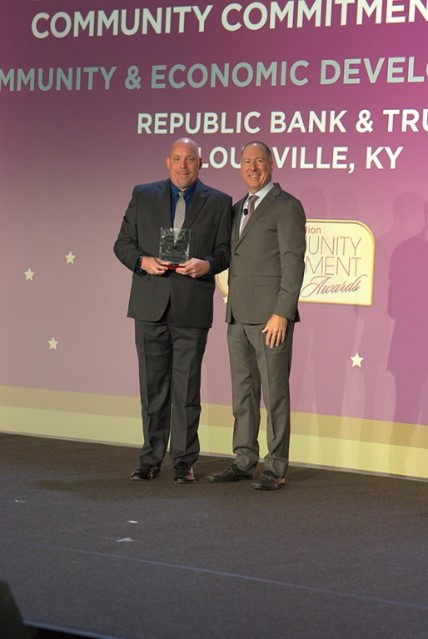 Republic Bank & Trust, Louisville, Kentucky starting with a $150,000 gift from the Republic Bank Foundation, Community over Competition initiative was created. Executive Chair Steve Trager unified nine Kentucky banks, aligning competitors toward a common goal — funding the final $10 million in capital for the Louisville Urban League’s Norton Healthcare Sports and Learning Center. Louisville Urban League President Sadiqa Reynolds said, “I called my friend Steve Trager and I said we need help. That $10 million loan closed the financial gap for us and allowed us to finish this project and open the doors.”

Wintrust Bank, N.A., Chicago, Illinois partnered with North Lawndale Employment Network to open a sustainable branch at the community organization’s new headquarters — which includes a workforce training campus and financial education center — in North Lawndale, a Chicago neighborhood that historically sees little investment. In addition to making financial services such as deposit accounts, mortgages, and business loans more accessible to underserved residents, the successful collaboration is helping to expand opportunities for long-term wealth and prosperity on the city’s West Side.
Watch Video 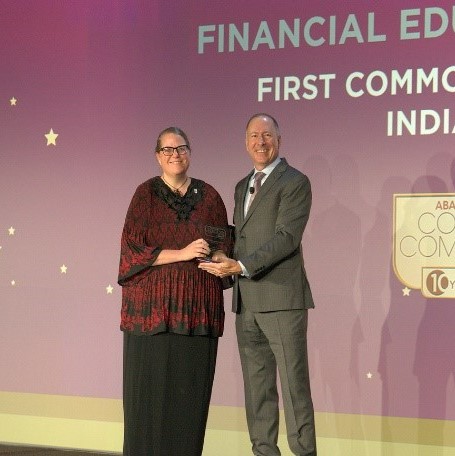 First Commonwealth Bank, Indiana, Pennsylvania used its FCB Financial Education Program to help achieve its mission of improving the financial lives of our neighbors and their businesses. The bank incorporates a blend of in-person and virtual classes to teach individuals of all ages, incomes, and backgrounds how to better manage, save, borrow, and protect their money. Since 2010, FCB has provided more than 4,300 financial education sessions to more than 93,000 participants and offers internal financial education to team members. 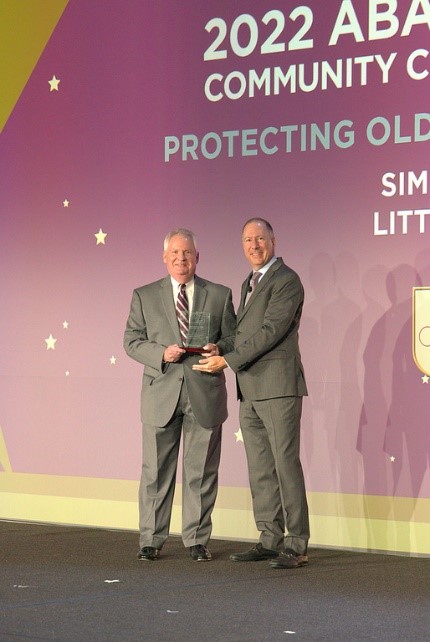 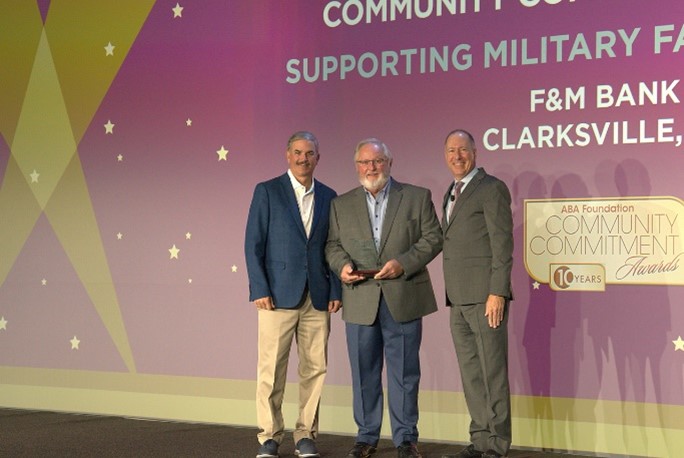 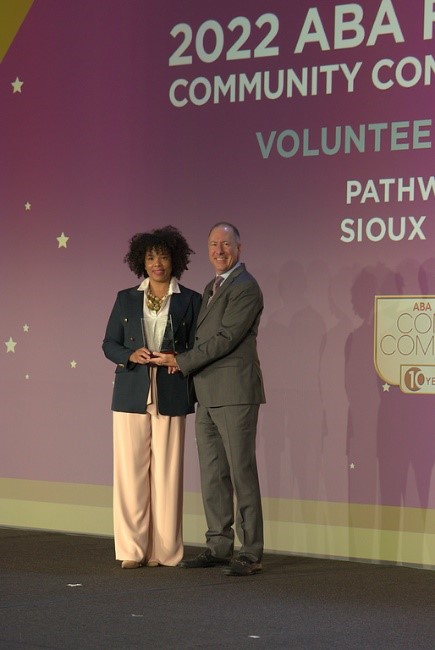 Pathward, N.A., Sioux Falls, South Dakota launched its Community Impact Program in 2021 to create lasting, positive change with and for communities where it operates. The program aims to elevate the effectiveness and scope of corporate giving and employee volunteer activities. For employees, it includes paid time off for volunteering, and matching gift and dollars-for-doers programs. In FY21, engagement and participation rates exceeded expectations and that of other benchmarked organizations of comparable size.

Lola Pol is a national leader in bringing first-time, low-income buyers into homeownership. With her comprehensive and hands-on approach to assisting low- to moderate-income borrowers, Lola has helped thousands of D.C.-area residents purchase a home. Lola is a top producer with both the federal and Washington, D.C., affordable housing lending assistance programs, and consistently ranks as one of the top three loan originators for sales volume at Capital Bank Home Loans (a division of Capital Bank, N.A.)

Born in Bay Village, Ohio, to parents who fled communist rule in Cuba, Lola is the first Cuban-American in her family and has a strong sense of patriotism and belief that anything is possible in this country. Lola’s desire to help and support others through lending began after working for the Mary Center, a Washington, D.C., nonprofit that provided health care, education, and social services to the city’s neediest families. Taking on the job while pregnant, she learned the strategic and long-term importance of homeownership in helping families break the cycle of poverty. Lola’s solution was to create ways for families to purchase homes.

Lola has worked for nearly two decades as a mortgage lender focused almost exclusively on first-time low- to moderate-income buyers. Her character and compassion for others has influenced her career to this day — leading to her most recent success at Capital Bank, where she began working in 2017. Her concern about the problems buyers face when using assistance programs led her to establish a branch at Capital Bank dedicated to community lending. The office is structured to maximize responsiveness with a staff of employees who are specially trained in this work. A significant part of the loan application and approval process developed by Lola involves in-depth engagement with loan applications, analysis of their overall financial capacities and financial counseling.

Because of her innovative work and impressive record in successfully bringing first-time low-income buyers into homeownership, Lola has become a preferred lender in the Washington, D.C., metropolitan area for both for-profit and non-profit affordable housing developments. She sees herself as a resource for the entire community, available to help with the purchase process from beginning to end. For her leadership in developing pathways to homeownership, Lola Pol is this year’s winner of the ABA Foundation’s George Bailey Distinguished Service Award.

Get updates on the Community Commitment Awards. Contact Melissa Murray if you have any questions.