To Whom It May Concern:

The American Bankers Association and 51 state bankers associations (the Associations) are pleased to comment on the Notice of Proposed Rulemaking issued by the Board of Governors of the Federal Reserve System, the Federal Deposit Insurance Corporation, and the Office of the Comptroller of the Currency that would modernize the regulations that implement the Community Reinvestment Act of 1977 (CRA).

Access to capital is fundamental to economic opportunity in the United States. For this reason, banks support the CRA statute’s objective of encouraging banks “to help meet the credit needs of the local communities in which they are chartered, consistent with the safe and sound operation of such institutions.” In fact, in 2020, banks provided more than $271 billion in capital to low- and moderate-income (LMI) communities.

For several years, there has been broad, bipartisan agreement among policymakers, bankers, and consumer and community advocates that the CRA regulatory framework needs to be updated to reflect technology’s transformation of the delivery of financial products and services. There is consensus that the agencies need to ensure that CRA expectations are transparent and that examiners interpret and apply CRA regulations consistently. And, there is wide recognition that a modernized CRA can enhance economic opportunity for underserved consumers and communities.

However, we believe that other elements of the proposal would not accomplish the goals of regulatory modernization. In fact, if finalized as proposed, the rule could result in outcomes that are contrary to the agencies’ intent, particularly as it relates to expanding access to credit for residential mortgages, small business loans, and community development financing. More fundamentally, we are concerned that some aspects of the proposal are unrelated to the goals of modernization, and may be inconsistent with the CRA statute and arbitrary under Administrative Procedure Act (APA) standards.

We offer the following comments, observations, and recommendations, which reflect the perspective of the full range of bank business models, asset sizes, and geographic locations. We offer these comments in the spirit of developing improved CRA regulations to enable banks to more effectively support their communities. However, some of our suggestions and comments are not fully developed because the agencies did not provide sufficient time for analysis and comment on the sweeping changes contained in it. Consumers, small businesses and other stakeholders would be better served if the agencies re-opened the comment period and provided clearer explanations for many of the proposed changes. 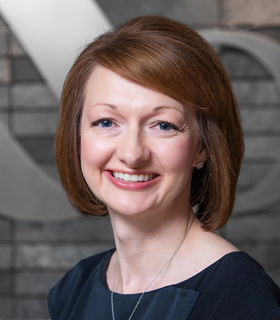