Re: Request for extension of the deadline to file comments to the proposed small business lendingdata collection under the Equal Credit Opportunity Act, Docket No. CFPB-2021-0015; RIN 3170-AA09

The undersigned trade associations appreciate the opportunity to comment on the Consumer Financial Protection Bureau’s proposed rule amending Regulation B to implement amendments to the Equal Credit Opportunity Act made by section 1071 of the Dodd-Frank Wall Street Reform and Consumer Protection Act. The proposal will require covered financial institutions to collect and report to the Bureau more than 21 data elements on applications for credit by small businesses in order to “facilitate the enforcement of fair lending laws” and to “enable communities, governmental entities, and creditors to identify business and community development needs and opportunities of women-owned, minority owned, and small businesses.”

While we appreciate the opportunity to comment, we also believe that such a complex and important subject merits sufficient time to provide feedback. The Federal Register notice announcing the proposed rule states that comments must be received on or before January 6, 2022. We respectfully urge you to extend the deadline by an additional 45 days to February 20, 2022.

We welcomed your written and oral testimony last week before the Senate Banking Committee and House Financial Services Committee, emphasizing the importance of “relationship banking” and noting that “Preserving relationship banking is critical to our nation’s resilience and recovery, particularly in these times of stress.” We also appreciated your acknowledgement that “a lot of rulemaking that occurs in Washington [is] extremely complicated” and your interest in issuing “simple, bright-line rules” that are “easy to follow [and] easy to enforce.”

We share these goals, and believe that development of a final 1071 rule that achieves its statutory objectives while also minimizing burden on small lenders is critical to preserving relationship banking. The proposed rule, however, spans 913 pages and seeks feedback on a broad range of complex and interrelated definitions, data points, sample forms, and requirements for collecting and reporting the data. Even a 90-day comment period for analyzing and responding to these requests is inadequate, increasing the risk that the Bureau will make policy decisions based on flawed or incomplete information.

In last week’s testimony, you encouraged financial institutions – and in particular, small institutions – to submit comments on the cost of the proposed data collection. However, the Bureau’s estimate of the costs alone extends 75 pages, and understanding or estimating costs requires reading the rule, commentary, sample data collection forms and instructions, which span another 146 pages. Community banks and credit unions do not have staff that can read and respond to the notice within the 90-days provided. Yet accurately measuring anticipated costs and identifying less burdensome alternatives is critical to finalizing a carefully calibrated rule that will help preserve relationship banking.

In addition, the proposal includes a discussion of anticipated privacy risks arising from public disclosure of the data, the proposed balancing test the Bureau intends to apply to balance risks and benefits, and the Bureau’s preliminary application of the test to each of the proposed data elements. This discussion spans 107 pages, and the Bureau states that it intends to issue a “policy statement” informed by comments it receives to determine what data will be released to the public. Asking small financial institutions to analyze and respond to these issues (in addition to everything else in the proposal) is unreasonable, and yet this may be the only opportunity they have to provide feedback on these questions that will be critically important to the privacy of their small business borrowers.

As you recognize, small financial institutions play a pivotal role supporting small businesses and their communities, and much of the information the Bureau needs to move forward prudently lies with them. The present timeline does not give these institutions time to communicate through their normal advocacy channels, let alone directly to the Bureau as you have encouraged them to do.

We respectfully request that the Bureau extend the comment period 45 days to February 20. The current comment deadline will preclude the development of a sufficiently broad and complete factual record necessary to support effective policy action in an area that will have significant consequences for small businesses, small banks and credit unions, and the U.S. economy. 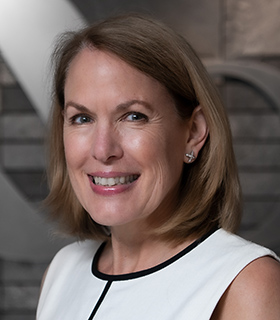