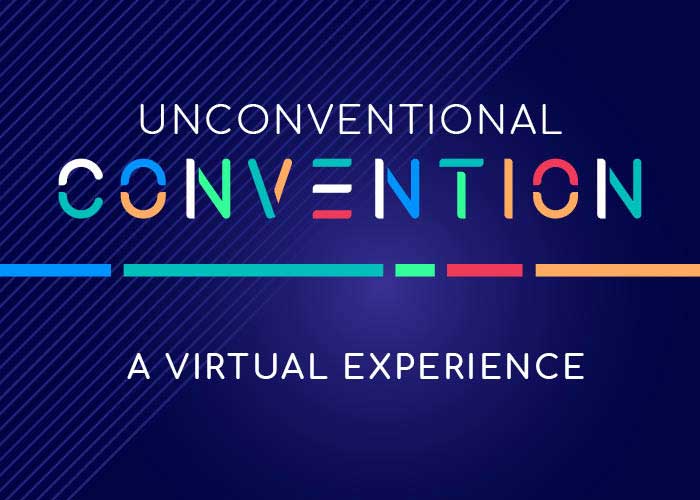 A 24-year banking veteran, James Bennett has held many leadership roles during his career. In 1989, he became the youngest bank president in South Carolina when he was named president of Victory Savings Bank. At First Citizens BancShares, Bennet is responsible for meeting the financial objectives for an established geographic area. In addition, he leads branch, business, and commercial banking teams to meet sales goals, mitigate risks and provide outstanding client service. His area of responsibility is comprised of over $1 Billion in deposits and $2 Billion in loans.

Richard H. Clarida began a four-year term as Vice Chair of the Board of Governors of the Federal Reserve System on September 17, 2018, and took office as Board member to fill an unexpired term ending January 31, 2022.

In addition to his academic experience, Dr. Clarida served as the Assistant Secretary of the U.S. Department of the Treasury for Economic Policy from February 2002 until May 2003. In that position, he served as chief economic adviser to Treasury Secretaries Paul H. O'Neill and John W. Snow. He was awarded the Treasury Medal in recognition of his service. Dr. Clarida also served on the Council of Economic Advisers under President Reagan.

Gary D. Cohn is an American business leader, venture capital investor and the former Director of the United States National Economic Council. Mr. Cohn served as Assistant to the President for Economic Policy and Director of the National Economic Council from January 2017 until April 2018. As President Donald Trump’s chief economic advisor, Mr. Cohn managed the administration’s economic policy agenda and led the successful effort to grow the U.S. economy, create jobs and increase wages through historic tax and regulatory reform. He served as President and Chief Operating Officer of The Goldman Sachs Group, Inc. from 2006-2016 and was a member of the firm’s Board of Directors and Chairman of the Firmwide Client and Business Standards Committee.

Van Jones is the CEO of REFORM Alliance, a social entrepreneur, CNN political contributor and host of Redemption Project and The Van Jones Show on CNN. Famous for his heart-felt election night coverage, Jones showed up as “the voice of reason” for people throughout the volatile 2016 political season. Jones is a Yale-educated attorney. He is the author of three New York Times best-selling books, The Green Collar Economy (2008) and Rebuild the Dream (2012) and Beyond the Messy Truth (2017).

Dr. Robert Kadlec is the Assistant Secretary for Preparedness and Response (ASPR) at the U.S. Department of Health & Human Services (HHS). The ASPR serves as the Secretary’s principal advisor on matters related to public health emergencies, including bioterrorism. The office leads the nation in preventing, responding to and recovering from the adverse health effects of manmade and naturally occurring disasters and public health emergencies. Dr. Kadlec spent more than 20 years as a career officer and physician in the United States Air Force before retiring as a Colonel. Over the course of his career, he has held senior positions in the White House, the U.S. Senate, and the Department of Defense. Most recently, he served as the Deputy Staff Director to the Senate Select Committee on Intelligence.

He has traveled over 9 million miles in his career; conducted more than 6,500 workshops and seminars for agricultural audiences; published more than 2,250 articles; and writes for many leading publications. Dr. Kohl was recently inducted into the Virginia Tech College of Agriculture and Life Sciences Hall of Fame. Dr. Kohl’s personal involvement with agriculture and interaction with key industry players provide a unique perspective into future trends of the agricultural industry and economy.

Jelena McWilliams, Chairman of the Board of Directors, Federal Deposit Insurance Corporation

Jelena McWilliams was sworn in as the 21st Chairman of the FDIC on June 5, 2018. She serves a six-year term on the FDIC Board of Directors, and is designated as Chairman for a term of five years. Ms. McWilliams was Executive Vice President, Chief Legal Officer, and Corporate Secretary for Fifth Third Bank in Cincinnati, Ohio. At Fifth Third Bank she served as a member of the executive management team and numerous bank committees including: Management Compliance, Enterprise Risk, Risk and Compliance, Operational Risk, Enterprise Marketing, and Regulatory Change.

Prior to joining Fifth Third Bank, Ms. McWilliams worked in the U.S. Senate for six years, most recently as Chief Counsel and Deputy Staff Director with the Senate Committee on Banking, Housing and Urban Affairs, and previously as Assistant Chief Counsel with the Senate Small Business and Entrepreneurship Committee. From 2007 to 2010, Ms. McWilliams served as an attorney at the Federal Reserve Board of Governors, where she drafted consumer protection regulations, reviewed and analyzed comment letters on regulatory proposals, and responded to consumer complaints.

Ms. McWilliams graduated with highest honors from the University of California at Berkeley with a B.S. in political science, and earned her law degree from U.C. Berkeley School of Law.

Leslie Sanchez is a sought-after speaker, media entrepreneur, and award-winning expert on trending issues impacting women and Hispanics/Latinos in the United States. A pollster and market researcher by training, she is currently a CBS News political analyst and documentary producer for their 24-hour streaming channel CBSN. A trailblazer in media, Sanchez was one of only two Hispanic Americans ever hired as political contributors at a major news network, and the first at CNN (2008).

Psychologist Dr. Laurie Santos is an expert on human cognition, its origins, and the evolutionary biases that influence our all-too imperfect life choices. She is also knowledgeable in how behavioral change through positive psychology can lead to a happy and fulfilling life. Currently, the big project of Dr. Santos is to positively influence the culture of Yale University by teaching happiness and well-being. She created a course so meaningful that it became the most popular class taken at Yale in over 316 years.

Dr. Santos was appointed Head of Silliman College on July 1, 2016 to a five-year term. She is a professor of Psychology at Yale University, where she serves as Director of the Comparative Cognition Laboratory as well as the Canine Cognition Center, a research facility that studies how dogsthink about the world. She teaches one of Yale’s most popular undergraduate courses, Sex, Evolution, and Human Nature. She obtained her Ph.D. in Psychol¬ogy from Harvard University.

A Word From Mark Schaefer

Mark W. Schaefer is a globally-recognized speaker, educator, business consultant, and author who blogs at {grow} — one of the top marketing blogs of the world. Schaefer has worked in global sales, PR, and marketing positions for 30 years and now provides consulting services as Executive Director of U.S.-based Schaefer Marketing Solutions. He specializes in marketing strategy and social media workshops and clients include both start-ups and global brands such as Adidas, Cisco, Johnson & Johnson, Dell, Pfizer, The U.S. Air Force, and the UK government.

Schaefer has advanced degrees in marketing and organizational development and holds seven patents. He is the author of eight best-selling books including The Tao of Twitter (the best-selling book on Twitter in the world), The Content Code, named by INC magazine as one of the top five marketing books of the year, and Known: The Handbook for Building and Unleashing Your Personal Brand in the Digital Age, the top book on personal branding.

Bakari Sellers made history in 2006 when, at just 22 years old, he defeated a 26-year incumbent State Representative to become the youngest member of the South Carolina state legislature and the youngest African American elected official in the nation.

In 2014, Sellers won the Democratic nomination for Lt. Governor and is widely considered to be a rising star within the Democratic Party and leading voice for his generation.

Sellers earned his undergraduate degree from Morehouse College, where he served as student body president, and his law degree from the University of South Carolina. He has followed in the footsteps of his father, civil rights leader Dr. Cleveland Sellers, in his tireless commitment to public service while championing progressive policies to address issues ranging from education and poverty to preventing domestic violence and childhood obesity.

Check back regularly for speaker updates.