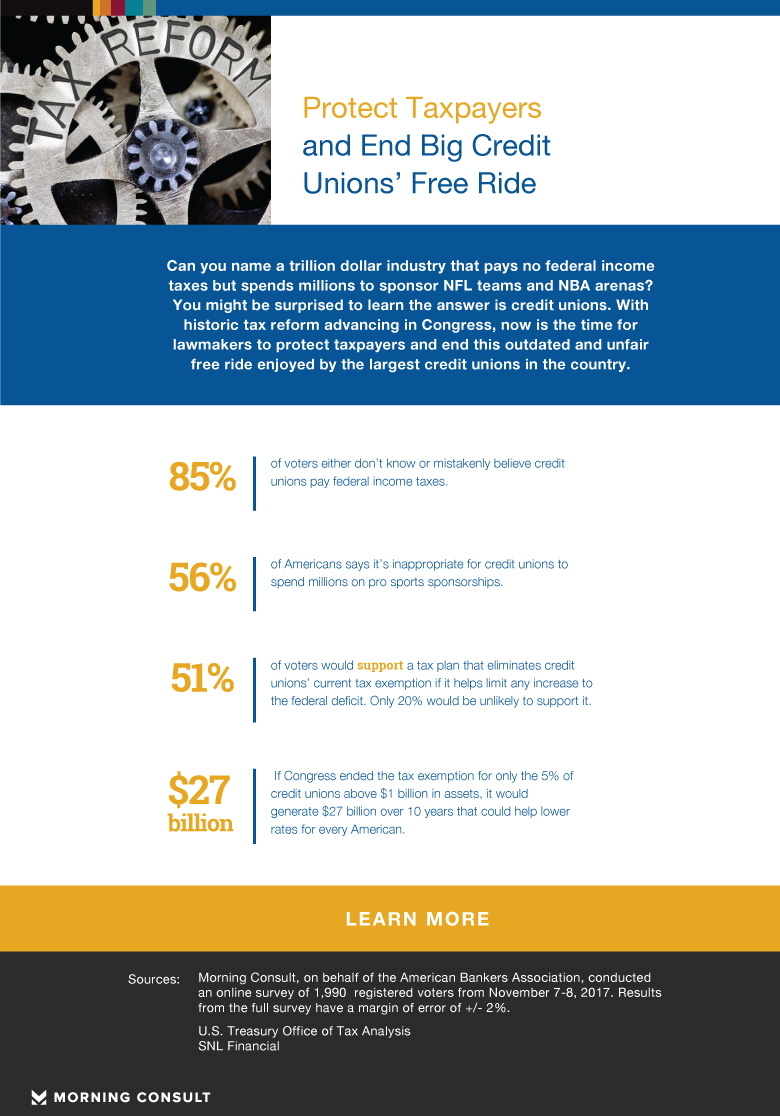 Can you name a trillion dollar industry that pays no federal income taxes but spends millions to sponsor NFL trams and NBA arenas? You might be surprised to learn the answer is credit unions. With historic tax reform advancing in Congress, now is the time for lawmakers to protect taxpayers and end this outdated and unfair free rise enjoyed by the largest credit unions in the country.

Sources: Morning Consult, on behalf of the American Bankers Association, conducted an online survey of 1,990 registered voters from November 7-8, 2017. Results from the full survey have a margin of error of +/- 2%. 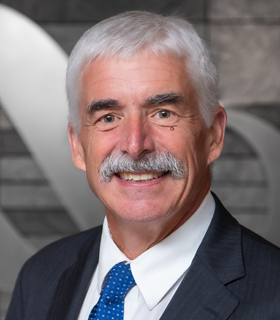