Before the Subcommittee on Financial Institutions and Consumer Credit, US House

In testimony before the House Financial Services Subcommittee on Financial Institutions and Consumer Credit today, the American Bankers Association called on lawmakers to support common sense proposals that would allow banks to better serve their customers and communities.

“Doing so would free up scarce resources for banks that can be used instead on meeting the needs of customers and communities,” Tuggle said.

Tuggle expressed the association’s strong support for H.R. 3312, the Systemic Risk Designation Improvement Act of 2017, a bipartisan bill that would eliminate the arbitrary dollar threshold currently in place for designation as a systemically important financial institution, commonly known as a SIFI.  Instead, this legislation would establish a process for identifying and regulating systemically important institutions based on the nature of their business, not simply their size.

“Under current law, institutions over $50 billion are subject to much higher levels of regulation regardless of the real risk they might pose to the financial system,” Tuggle said.  “This arbitrary size threshold has needlessly trapped many banks without any benefit to the system, handcuffing their ability to provide needed credit and other services to their communities.”

Tuggle testified that for a bank like his, which will soon have $40 billion in assets, the prospect of crossing the $50 billion threshold is very troubling because it triggers much greater expense, and will be a significant drain on resources that would be better directed to helping customers.

“The fact that we are growing means that we are successfully meeting the needs of our customers,” Tuggle said.  “Good business decisions should not be hijacked by arbitrary cutoffs that bear no relationship to the financial system.  H.R. 3312 takes an important step forward to benefit our economy.  It helps tailor and focus supervisory oversight to promote safe and sound banking while still protecting against systemic risks.  We urge support for this legislation.”

Tuggle also expressed ABA’s support for the Community Institution Mortgage Relief Act and the TRID Improvement Act of 2017, bills that take important steps toward enhancing consistency and efficiency in key aspects of the mortgage lending process, and offered suggestions for how lawmakers can make these bills even more effective.

“Ultimately, it is the homebuyer that bears the added costs and inconvenience of a cumbersome and confusing mortgage process with slower times to closing,” said Tuggle. 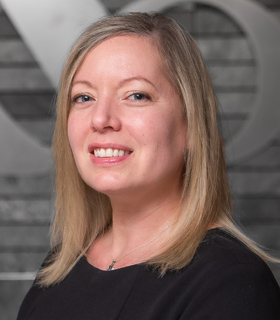